What a difference just a few weeks makes. In mid-February, the Land Registry released its most up-to-date house-price data. Owing to the time lag of such indices, the report covered December and revealed that a post-election boost meant property prices in London rose by an average of 1.6 per cent. My thoughts on this were quoted in BBC News: ‘The second highest value region, the South East, experienced the lowest annual growth, which is great news for potential home buyers looking to get a foot on the housing ladder in this part of the country.’

The property market was undeniably on the up after years of uncertainty created mainly by Brexit, a fact confirmed by HMRC’s residential property transactions report, which was released a couple of days later. It revealed a 5.2 per cent increase in transactions in the year to January 2020, with a total of 102,810 transactions. My commentary was quoted in Mortgage Introducer: ‘January’s increase in transactions suggests a rebound in confidence, reflecting the ‘Boris Bounce’ and increased certainty around Brexit. The uptick in transactions also points to a release of pent-up demand and much-needed supply. This is great news for potential homebuyers, sellers and investors, as it both reflects and affects how easy it is to buy and sell.’

A month later and the HMRC residential property transactions report for February confirmed that the market was all set for a spring bounce with transactions 6 per cent higher in the year to February, with 103,870 residential transactions. But there were already worrying signs that Coronavirus could have an impact, as I commented in Financial Reporter: ‘Residential property transactions picked up in February, reflecting improved confidence from greater certainty around Brexit. However, this uptick is likely to be eclipsed by the impact of Coronavirus on market confidence in the short to medium-term.

‘The investors we work with continue to remain positive about the long-term prospects in the residential property market, though in the short term they are also focused on ensuring cash buffers are adequate and risks well-managed. There is a buying opportunity for long-term investors with the appetite and set-up.’

The fast-moving pace with which Coronavirus has taken over our lives was evident in Nationwide’s house-price index for March, released earlier this week, which reported annual house-price growth at its highest level since January 2018. But while the market may have been busy at the start of the month, this certainly wasn’t the case by the end of it, as I explained to Property Reporter: ‘Nationwide paints a picture of economic and social confidence in March, notably across Wales, Yorkshire and the North West. The bad news is the housing market is now effectively ‘on hold’ amid the impact of Coronavirus.

‘But the good news is that the government’s generous package of support means there is no reason to believe the housing market will not make a full recovery form the shock once emergency measures cease.’

Book preview: How to adapt your property investment strategy in the face of change

Book Preview: How the property market has changed, and why what worked before won’t work any more 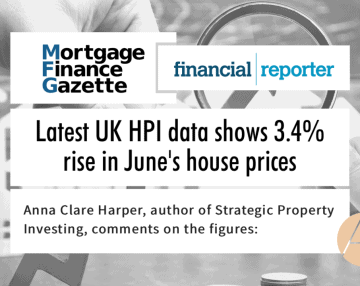 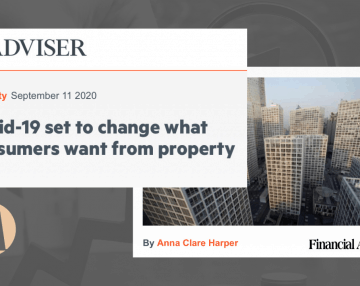